Kingsley Kofi Karikari-Bondzie replaces Horace Ekow Ewusi who has has been suspended indefinitely as 1st Vice Chair of the NPP in the Central Region.

The Central Region branch of the governing New Patriotic Party (NPP) has named Kingsley Kofi Karikari-Bondzie as 1st Vice-Chair in an acting position.

He replaces Mr. Horace Ekow Ewusi, who has been suspended indefinitely following what the party describes as gross indiscipline exhibited by the Vice-Chairman. 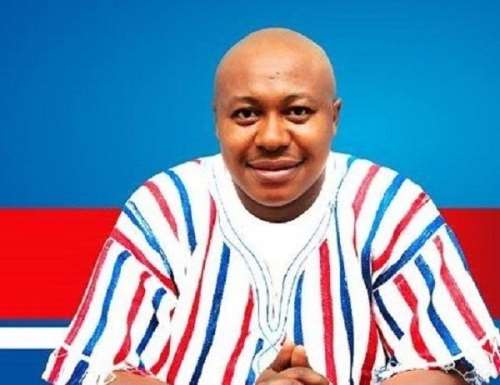 Mr Ewusi was suspended by the Regional Chairman, Robert Kutin Jnr. after he refused to respond to a petition by one Edward Okraku Adum, who accused him of engaging in criminal acts including drug peddling.He was also accused of escaping from prison in the UK as well as illegally auctioning seized excavators from mining sites.

“It was on the basis of this gross indiscipline exhibited by Mr. Ewusi that the Regional Chairman directed the Regional Secretary to refer Mr. Ewusi’s refusal to respect, honour and respond to the party letters and directives.

The Regional Executive Committee, on the 31st of July, 2019, adopted the Regional Disciplinary Committee's recommendation to suspend M Ewusi, indefinitely. This decision was later upheld by the National Steering Committee in August.

At its meeting held on Friday, December 13,2019, the Regional Steering Committee of the party, on behalf of the Executive Committee, appointed the Regional 2nd Vice Chairman, Kingsley Kofi Karikari-Bondzie, as the acting Regional 1st Vice Chairman.