Turkish President Recep Tayyip Erdogan said Tuesday that he told US President Donald Trump during talks last week that his country will not back down from deploying an advanced Russian-made air defense system it bought, Reuters reported.

The purchase of the Russian S-400 system and its subsequent delivery in July has been a major source of friction between NATO allies Turkey and the United States.

If the US keeps up its “uncompromising stance” on the F-35s, Turkey will look for alternatives, Erdogan said at a meeting with members of his AK party in parliament, according to the report. 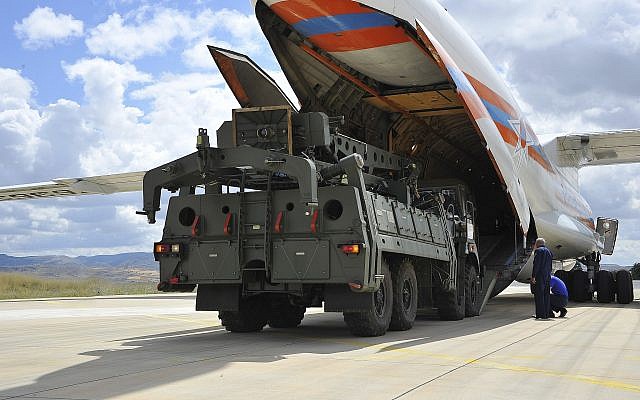 The issue of the S-400 system was raised in talks in Washington last week between Erdogan and Trump.

Trump said afterwards that Turkey’s controversial acquisition created “serious challenges” for Washington as he added officials would “immediately” get to work on resolving the issue.

The US and fellow NATO nations say the S-400 would aid Russian intelligence and compromise the US-led F-35 fighter jet program.

Last month the US said Turkey would be spared sanctions under a 2017 law if the S-400 system is not turned on.

Following the Washington summit, Erdogan’s spokesman Ibrahim Kalin on Friday said, “There is no question of a step backwards, Turkey will activate the S-400.”

On Saturday, Ismail Demir, the head of the Defense Industry Directorate, a Turkish government body, told private CNN Turk broadcaster the system will be used.

“We will do our duty and [the system] will become usable. How it will be used is a decision to be made later,” he said.