Ghana and Belgium last week ended its 2019 Maritime Capacity Building (MCB19). Being the fifth edition is aimed at improving maritime security along the West African shores through cooperation. 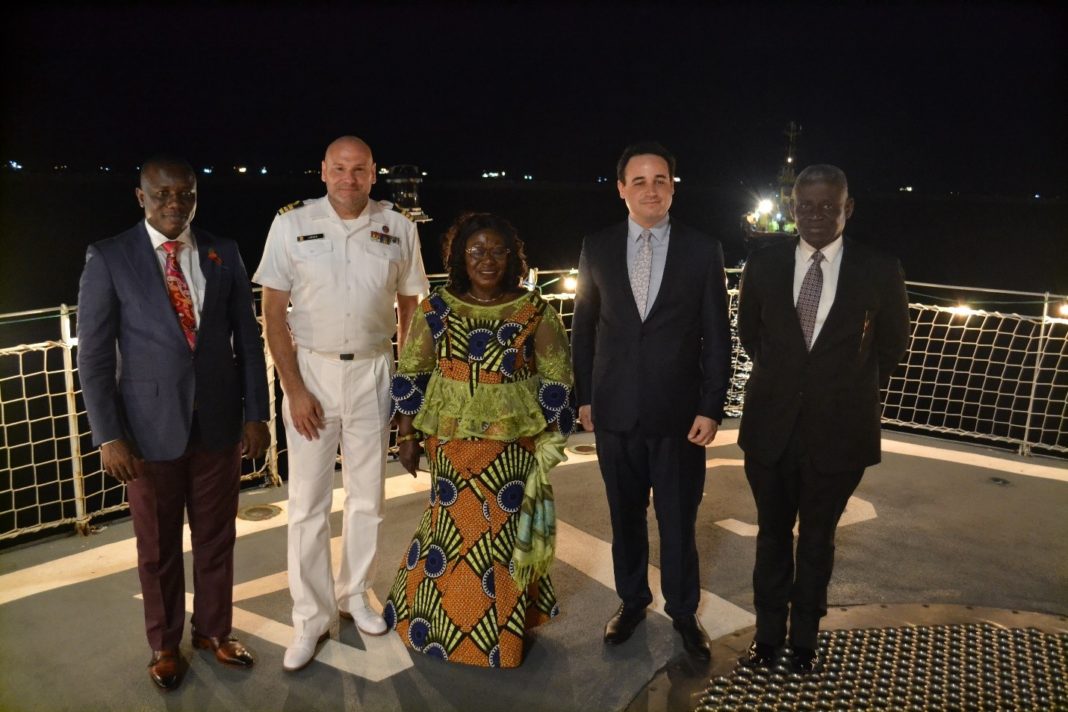 Recently, maritime crime has threatened the safe passage of commercial vessels through the region’s sea lanes, as such affecting local economies. In an effort to improve and maintain maritime security in West-African waters, Belgian and Cape Verdean sailors exchange best practices, share experiences and train together.

In addition, several officers of Beninese, Togolese and Congolese patrol ships are trained in a wide array of skills on board of the ship. Finally, during the exercise Grand African Nemo 19, the ship works closely together with crews from Guinee, Liberia and Ivory Coast.

Detecting, monitoring and reporting of suspicious behavior at sea is another way in which the Belgian Navy aims to keep the West-African waters safe and secure during MCB19. The ship supports national efforts and several international initiatives for maritime surveillance.

The Belgian Navy’s vessels are considered as ambassadors of Belgium. Therefore, the A960 GODETIA’s crew represents Belgium on the seas of the world. During several port visits, the ship’s commander traditionally invites aboard diplomats and representatives of various local authorities for defense diplomacy events.

The A960 GODETIA functions as the command ship for a fleet of mine countermeasure vessels, such as mine hunters and minesweepers. Secondly, the vessel serves as a logistical support ship for the Belgian fleet. It has repair shops, storage spaces, an operating room and a helicopter-landing platform with hangar.

The ship can supply the fleet with fuel, water, food and spare parts. Defense diplomacy is a third major role for the command ship: the A960 GODETIA represents the Belgian government wherever she goes, as all ships of the fleet do. Last but not least, the ship provides training opportunities for the Belgian military nautical school and for partnering countries’ navies as well, as it was shown during the Maritime Capacity Building campaign (MCB2019).

Last, but not least, the Belgian Navy grasps the opportunity to support various local solidarity projects in the region, by transporting material aid. In another development, Mr. Michael Wimmer, the new Ambassador of Belgium to Ghana has presented his credentials to the President of Ghana, H. E. President Akufo-Addo at the Jubilee House in Accra.

He said the interest from our companies to strengthen economic ties with Ghana remain strong. As a proof was the last major Belgian Trade mission to Accra in December 2018 that counted 50 companies. We believe the implementation of the economic partnership agreement with the EU can offer even more opportunities.

“Our countries share a common vision on the importance of integrating the Sustainable Development goals (SDGs) in our policies. Ghana is a forerunner in aligning the budget to a baseline SDG report,” he explained.

We Will Comply With Police Directives On Use Of Fortified...