The Customs Division of the Ghana Revenue Authority (GRA) in the Upper East Region has impounded goods that were being smuggled into Ghana from Togo.

On Sunday, a Yutong bus believed to be coming from Togo and heading towards Bolgatanga, was impounded at the Balungu Barrier in the Talensi District of the Upper East Region, Daily Guide reports.

The bus with registration number GN 2526-10 had on board textiles, pharmaceuticals, motorbike spare parts, bags of rice, solar lighting and decoders, all of which have no proper customs documentation.

As Christmas approaches officials of the Customs Excise and Preventive Service say many traders are using various illegal and unapproved means to bring in goods. 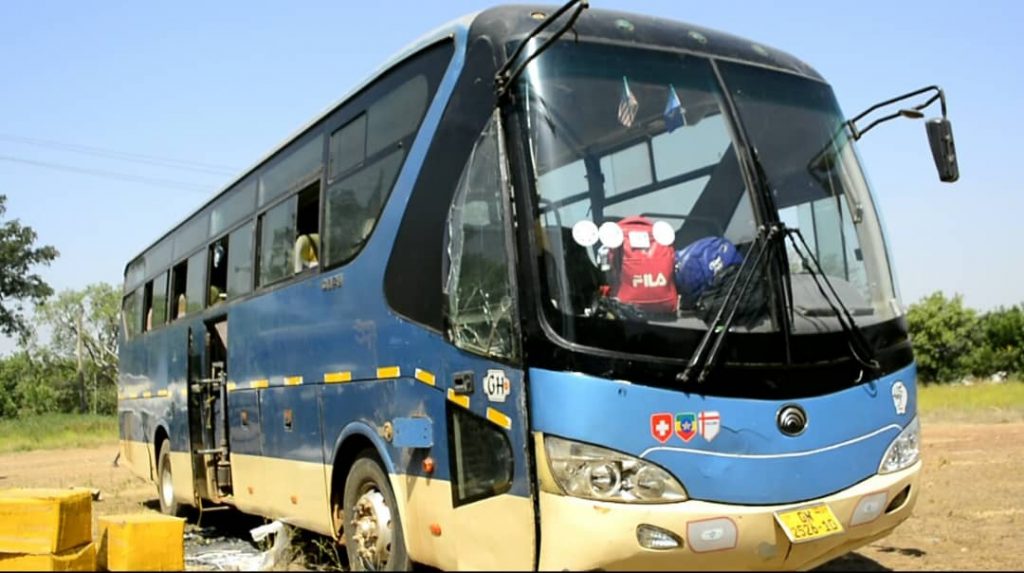 Assistant Commissioner, Ghana Revenue Authority, Customs Division in the Upper East Region, Baffour Yaw Asare in an interaction with journalists in Bolgatanga ahead of the Christmas festivity, said the removal of the barriers from the roads was just a way of making transportation of goods faster.

“Even though the barriers were off the roads, importers still have the responsibility to pay their duties and use the right route to get their goods into the country.”

Mr. Asare was speaking about an operation carried out on Sunday, December 8, by the Customs Division of the Ghana Revenue Authority which led to the impoundment of the goods.

According to Mr. Yaw Asare, the goods were being smuggled into the region, for which reason the owner failed to pay the expected duties at the entry border.

He hinted that due to the high spate of smuggling of goods in and out of the country, it has become necessary to re-activate some of the barriers that were removed.

It is not clear when the Customs Division of the GRA will be moving to the market to inspect the Excise Levy stamps on imported goods and some locally produced goods.