Residents of Oframase in the Kwahu East District Assembly of the Eastern Region will soon benefit from a health facility thanks to the District Chief Executive (DCE) for the area, Hon. Isaac Agyapong who has cut sod for the construction of a CHPS compound and an Out House.

Hon. Isaac Agyapong cut sod for the commencement of construction works for the CHPS compound as well as an Out House at Oframase earlier today.

According to him, “This is part of efforts to bring health care to the doorstep of the citizenry”.

The DCE who praised President Nana Akufo-Addo for his vision for Health in Ghana called on the citizenry to continue to support His Excellency to bring more developmental projects to the District.

He also urged the contractor to deliver the project as scheduled “6 months duration” for the benefit of the residents, adding that other on-going projects in the District would be completed soon.

He further called on members of the communities in the District to make good use of the facilities.

The residents also expressed their profound gratitude to the government and the District Chief Executive Isaac Agyapong for their impressive performance and contributions to the good people of Ghana. 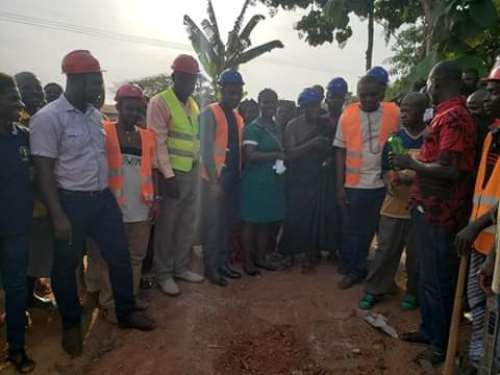 We ousted Mahama for you but you're treating us "appallingly"...

Side Effects Of Skin Bleaching