The restructuring of the Ghana Police Service also saw the DCOP David Senanu Eklu, the Director-General of the Public Affairs Department moved to the Police Hospital as an Administrator.

A number of other senior officers were changed in James Oppong-Boanuh, the Inspector General of Police’s letter issued on January 3. 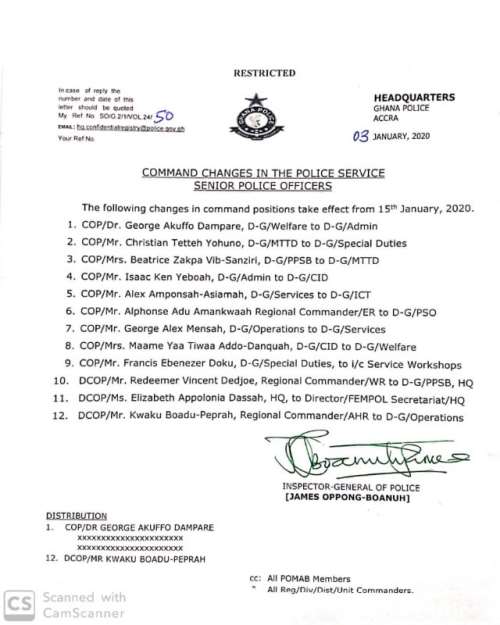 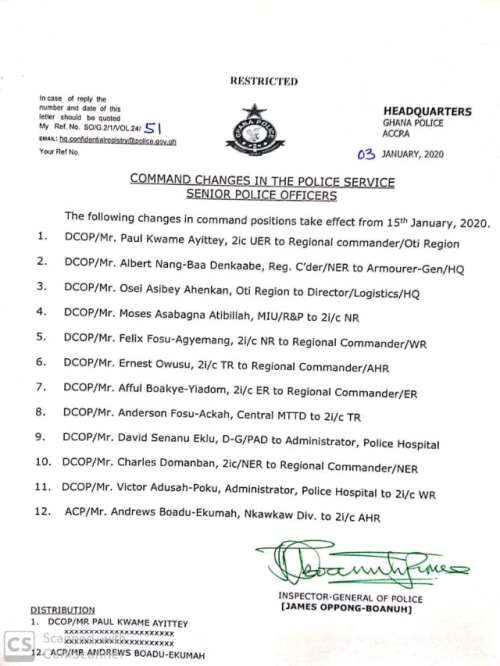