Man arrested for allegedly raping pregnant woman in the bush Police in the Northern Region have arrested one Lukeman Sanchi accused of raping a pregnant woman pasturing her animals in the fields Mion District.

According to the police, husband of the woman called at the Criminal Investigations Department (CID) office to report that Lukeman had allegedly forced himself on his wife.

He told the police Lukeman Sanchi allegedly came out from a nearby bush, pounced on his wife and forcibly had sex with her. 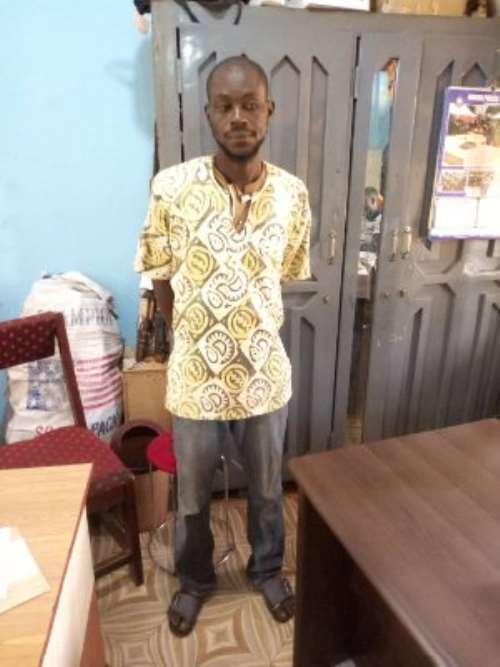 Suspect Lukeman Sanchi
The police subsequently issued medical forms to the alleged victim for examination by a gynaecologist at the Tamale Teaching Hospital.

A statement from the police confirmed the incident and added that the medical forms had been endorsed and returned to them.The suspect is due to appear before court on Monday December 16.