Calm and confident, Esther Muinjangue, Namibia's first woman to run for president, says she feels a "wind of change" softly blowing through the southwest African country which goes to the polls on Wednesday.

From her modest home in a quiet suburb of the capital Windhoek, Muinjangue spoke to AFP about her bid to "restore dignity" to the country's 2.45 million inhabitants -- struggling through an economic recession after nearly 30 years of independence from South Africa.

"You hear a lot of people complaining about the (ruling) SWAPO-led government," she said on Saturday, before heading into the final day of campaigning for her National Unity Democratic Organisation (NUDO) party.

"There was apathy among the youth," added the 57-year-old former social worker. "But now you see at every rally... more and more young people coming on board."

Namibia's South West Africa People's Organisation (SWAPO) has remained in power since its founder Sam Nujoma won the first democratic election in 1990, after decades of guerrilla war against colonial rule.

But President Hage Geingob, elected in 2014, has faced increasing disgruntlement amid SWAPO's inability to redistribute wealth to the majority black population.

Namibia "was like a full glass of water," said Muinjangue, but "the first president brought it down half, the second drank further"

"So when Hage took over we were already in the mess that we are in today." 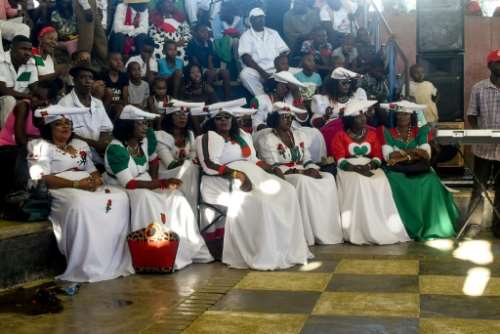 Despite vast mineral wealth, abundant fish reserves and a growing tourist industry, Namibia remains the world's second most unequal country after South Africa, according to the World Bank.

Low commodity prices and drought caused the economy to slump in 2016, and Geingob has come under fire for expanding his cabinet at the expense of other sectors.

Muinjangue is campaigning on a promise to cull the bloated government and invest more in education, health and affordable housing.

NUDO won just two percent of the vote in 2014, when SWAPO's Geingob swept to victory with more than 87 percent.

But Muinjangue was confident her party would perform better this time and that disgruntlement with the regime could drive more voters towards the opposition and break SWAPO's two-thirds parliamentary majority.

"We are expecting a lot of miracles to happen this year," said Muinjangue.

As a member of Namibia's minority Herero group and daughter of an exiled politician, Muinjangue learnt to challenge the status quo against a backdrop of tradition.

"I have never been conforming to the norms of my community," she said, describing it as an environment "where women are expected to have their places in the kitchen".

Her ascent to the NUDO presidency touched off a "paradigm shift" that prompted members of the majority Herero party to question "their old way of thinking".

'Same as the Holocaust'

Aside her new role as party leader, Muinjangue continues to fight for reparations for the German-led slaughter of thousands of Herero and Nama people who rose up against colonial rule in 1904-08.

Germany -- which controlled Namibia before South Africa took over in 1915 -- has so far failed to officially apologise for the massacre and refused to pay any compensation.

Muinjangue, whose grand-father was "the product of a German soldier" and a Herero woman, said the case deserves "exactly the same" treatment as the Holocaust.She blasted SWAPO for being soft-handed in its negotiations with Germany. 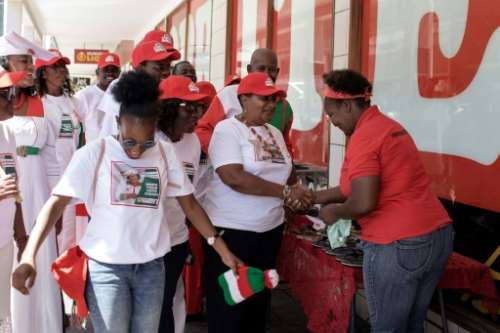 While Germany formally handed back Herero and Nama remains to Namibia in 2018, it maintains bilateral aid makes up for compensation."Being a social worker, social work is a value-based profession, and one value of social work is social justice.

"So for me it's more about social justice. It's more about why is the German government treating our issue different from the issue of the holocaust - which is exactly the same."