Armed security operatives on Monday raided the offices of software development powerhouse, SOFTtribe, and seized the mobile devices of its staff, Joy News has learned.

Technical Director, David Kwamena Bolton, said the heavily armed men, who claimed to be personnel from the National Security, presented what they claimed was a court order to confiscate mobile phones and electronic equipment of the company’s staff.

Mr Bolton alleged that the court order presented at the Airport Residential office of the company was unsigned and unsealed.

“They confiscated all our phones. Initially, they wanted to take our laptops then they decided not to take them. So currently, none of our technical staff or directors is without phones and we can’t operate as a company, he said Tuesday on Joy FM’s Super Morning Show.

He told the host of the show, Daniel Dadzie that one of the company’s technical staff has been detained “and taken to the Ghana Water Company head office.” 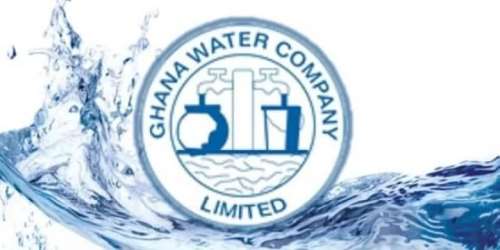 The software company, whose founder, Herman Kojo Chinery-Hesse, is celebrated as a successful African technologist, has said Ghana Water Company (GWCL) has unfairly terminated a water billing software contract entered into in 2016.

A letter by Chinery-Hesse dated October 25, 2019, to Ghana Water Company and sighted by Joy News gave the following details about the contract:

- In 2016 Softtribe presented a novel software for utilities billing and payments to Ghana Water Company and subsequently invited Ghana Water to partner as a co-investor for purposes of fine-tuning and for future sales to other utility companies across the continent for mutual financial gain. The two entities have since jointly operated this water billing and payment solution.

- At the outset of this partnership, Ghana Water set a base revenue target greater than what the company had hitherto been earning monthly. Ghana Water committed to pay a small percentage of the revenue realized above this set target to Softtribe, and this would represent the only return on the investment made by SOFTtribe into the project.

However, on September 2, 2019, SOFTtribe received a notice of termination without any stated reasons from Ghana Water. SOFTtribe says the letter was unexpected and it is unaware of any issues that would warrant such a drastic move by a business partner, and it came when it was in the middle of capital and resource-intensive expansion phase.

SOFTtribe said it has not realised any return on its project investment and innovation since commencement. Additionally, SOFTtribe has already made a heavy capital investment to facilitate the ongoing expansion under the keen direction of Ghana Water.

- SOFTtribe said if the decision to terminate the agreement is not reversed quickly, the software company will be hit hard financially.

Speaking on the Super Morning Show , SOFTtribe’s Technical Director, David Kwamena Bolton, said he suspects that the alleged unsigned court order to seize the mobile phones and other equipment of the company’s directors and technical staff, is aimed at confiscating key evidence the firm has gathered in the ongoing disagreements over the termination of the contract.

Chief Commercial Manager of GWCL, Cynthia Ackah, told the Super Morning Show that although she does not have details of the alleged heavy-handedness of National Security Operatives that stormed the offices of the software company, she confirmed that National Security was informed about problems the utility company was faced with the firm.

“Earlier this month we had to back up our stuff and they took us off. Mr Bolton said they were aware but they didn’t have any comment on that. It was strange because our own water billing system that we have back up we can’t so we have to bring National Security in to protect our customer's information.

She said because the matter about customer information bordered on national security, she thought informing the agency was in order.

“We have had so many technical challenges with the SOFTtribe and our customers were suffering for it. We wrote giving notice of the termination of the contract so that is how come all these things are happening,” she said.

She said although the e-billing system that SOFTtribe introduced was good in the beginning, GWCL began to face serious problems that SOFTtribe was unable to resolve.

“They came in and we supported them and they designed the software for us; the e-billing. It was wonderful and the customers were very funny. But all of a sudden, things started going hey-wire…we try to address the issues and for many years still, we are not moving forward. It was time to really move on. Our customers were suffering for it,” Mrs Ackah reiterated.

She explained that data inconsistencies between bills presented to customers and their statements on accounts were one of the key challenges GWCL faced from the billing system.

Board Chair of GWCL, Alexander Kwamina Afenyo-Markin, also said on the Super Morning Show that independent IT experts are reviewing the software to ascertain its effectiveness in the wake of the complaints.

He gave the assurance that the sanctity of the contract between SOFTtribe and GWCL will be upheld.