A youth group in Sissala in the Upper West Region has cautioned the government to fix the deplorable roads in the Municipality or risk losing electorates votes in the area. The group says they would not hesitate to vote against the governing New Patriotic Party should their cries be ignored.

''The President should not blame us if the Sissala people turned their back on him. We have permanent interest, we don’t have permanent friends, show us development…We want our roads to be done,” Salifu Kanton, a leading member of the Sissala Youth Forum (SYF) demanded in a demonstration on Saturday.

The group marched on the principal streets of the Tumu in Sissala and ended at forecourt of the Sissala East Municipal Assembly, JoyNews correspondent, Rafiq Salam reported. 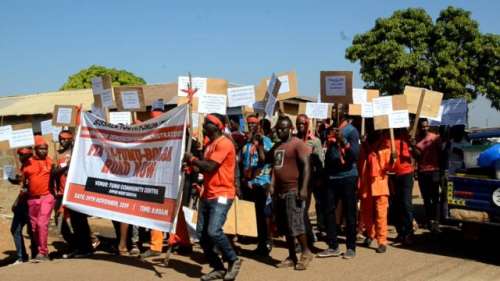 The reporter described the road network in Sissala East and West as the poorest in the Upper West region.In fact roads in the area are not only unmotorable but they are also deathtraps. Several dozens of people have lost their lives plying on them, he said.

Drivers who ply roads in the area often complained of their vehicles breaking down on the road due to its bad nature.Salifu Kanton explained that the Bolgatanga-Tumu-Han-Wa road since the year 2008 has always been on the budget and yet very little has been achieved over the years.

''The people felt shortchanged by the erstwhile National Democratic Congress (NDC) and as a result went in to covenant with then opposition new patriotic party and then candidate Nana Akufo-Addo.

“We have even gone ahead to confer on him a very coveted title, Nangdongtenge (trusted friend), a title conferred on only people they can trust. We in the Sissala area have given them three of the five seats won by the NPP in the Upper West region. We have done our part ad we are waiting on the president to fulfill his part also,'' he added.

President of the Sissala youth forum, Yahaya Mumuni read a petition before handing it over to the Sissala East Municipal Chief Executive, Karimu Nanyuo for onward submission to the President. 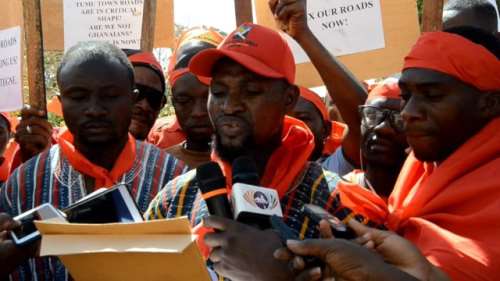 Yahaya Mumuni stated that ''We are yet to see your demonstration of your Nangdongtenge when it comes to our road network''. He catalogued some roads in the Sissala area that need agent attention.

Sissala East Municipal Chief Executive, Karim Nanyuo assured the demonstrators that government is not sleeping over their concerns pointing some road projects that are going on in the municipality.

Karim Nanyuo said roads are national assets and therefore, people comes out to demonstrate to remind government about its commitment is a call in the right direction.He however pleaded with them to exercise patience as government is not closing its eyes to their concerns.