Asantehene's visit to the office of John Dramani Mahama on Friday

Asantehene’s visit to the office of John Dramani Mahama on Friday was ahead of a lecture the king was scheduled to deliver at the University of Professional Studies. 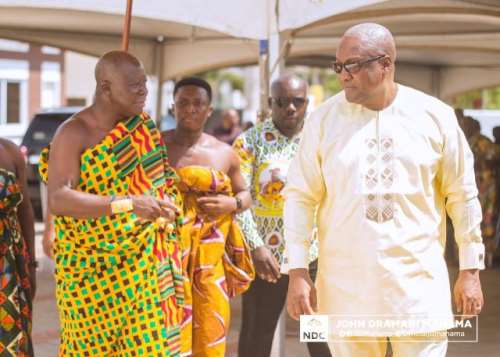 Former President Mahama who was joined by the National Chairman of the NDC Samuel Ofosu Ampofo and Second Deputy Speaker of Parliament Alban Bagbin to welcome his guest said the meeting was an opportunity to discuss with the Asantehene a number of critical national issues.

“Otumfuo Asantehene and I have always had a relationship underlined by mutual respect and brotherliness, and it was indeed a great honour to welcome him and his delegation,” Mr Mahama posted on his facebook wall. 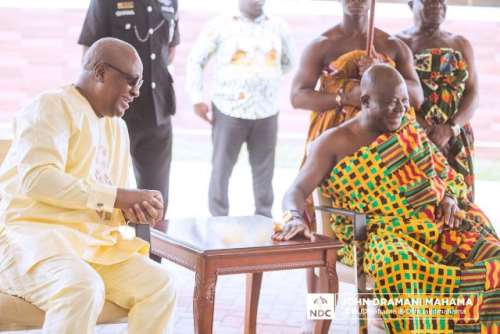 National chairman of the NDC, Mr Samuel Ofosu Ampofo said the visit has nothing to do with the disagreement that arose from Otumfuo's speech to the United Nations that seemed to offend many in the NDC. 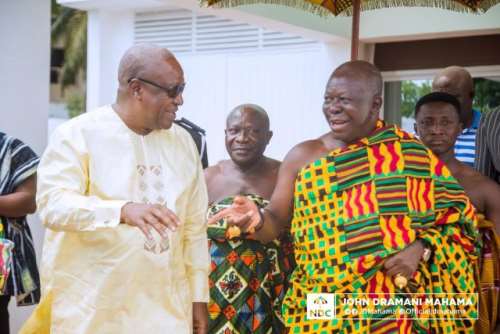 In that speech, the Asante King said it took the intervention of the Manhyia Palace for the loser in the last election to concede defeat and keep the peace.

The comment drew a response from Mr Mahama's Chief of Staff, Julius Debrah. Mr Ampofo said if anybody thought the spat strained the longstanding relations between the party and the King, today's visit answers them.

The Asantehene had about 30 minutes of closed-door meeting with the former president.

Former government appointees, NDC party officials and journalists sprang to their feet when the two emerged from the immaculately decorated office. There were giggles, smiles and firm handshakes. 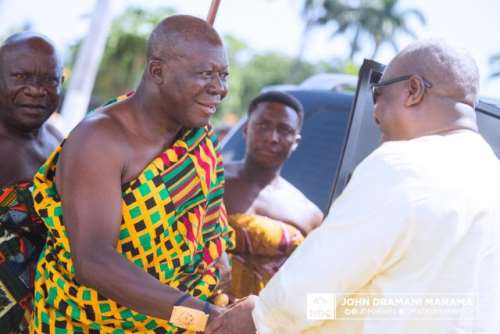 Agordzo on hunger strike, charged with abetment to commit...