locked-up deposits are not paid before the 7 December 2020 general elections. The affected customers say life has become unbearable for them after the Bank of Ghana revoked the licences of the financial institutions. 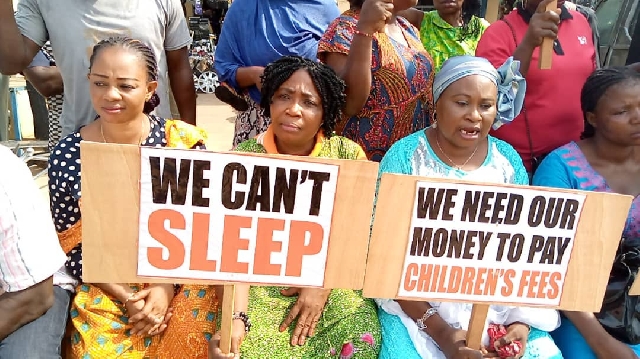 They complained that while some of their colleagues have died as a result of the situation, others’ businesses have collapsed. Also, some students have dropped out of school because they could not pay their school fees.

Secretary, Mr Ezekiel Annor Akabgo refuted claims by the Governor of the Bank of Ghana that 95 per cent of customers of the collapsed financial institutions have been paid. 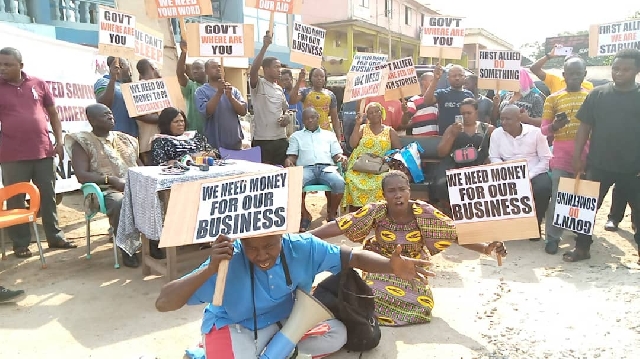 He urged the governing NPP to take a cue from the DKM issue that led to the ousting of the Mahama administration. The BoG in August this year revoked the licences of twenty-three (23) insolvent savings and loans companies and finance house companies as well as 347 microfinance companies. 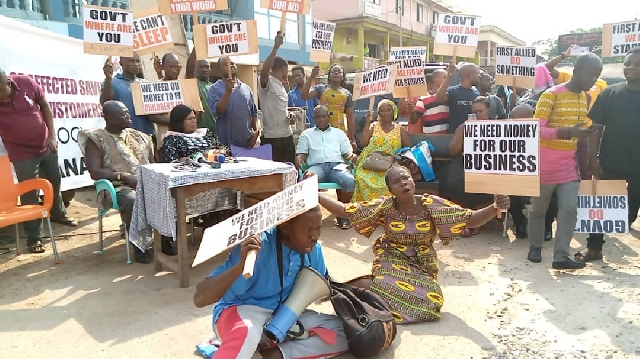 “It is the Bank of Ghana’s assessment that these institutions have no reasonable prospects of recovery, and that their continued existence poses severe risks to the stability of the financial system and to the interests of their depositors,” the statement added.

The Bank of Ghana has also appointed Mr. Eric Nipah as a Receiver for the specified institutions in line with section 123 (2) of Act 930.”Mr Annor Akpagbo called on the Receiver to act swiftly because the “affected depositors are dying slowly every now and then and, so, the government must act now,” he said.