Some roadblocks lifted as Bolivia leaders attempt to quell unrest Cochabamba, Bolivia - Traffic in and around strongholds of former Bolivian President Evo Morales appeared to back to normal late on Monday as roadblocks were temporarily lifted following a deal between protest leaders and the interim government of Jeanine Anez.

Those who manned the roadblocks around Sacaba, about 393km from La Paz, told Al Jazeera they were opening the roads for 48 hours, but would reimpose the roadblocks if their demands, including the release of those arrested in the protests, were not met.

Other roadblocks remained in place, however, including in Ivirgarzama, 208km northeast of Sacaba. A protest leader there told Al Jazeera residents would not lift the roadblocks until the interim government gave into all of their demands.

Morales resigned on November 10 amid pressure from some of the public, the armed forces and opposition leaders who accused him of electoral fraud following the October 20 vote. An Organization of American States (OAS) audit of the vote found widespread irregularities.

Since then, protests have rocked Bolivia, with dozens killed and hundreds more injured in the worst unrest to hit the country in years.

Sympathisers of Morales's party, the Movement for Socialism (MAS), had blocked the highways, isolating the main cities for weeks and causing shortages of fuel and food. They called for the return of Morales, who fled to Mexico, and the resignation of Anez and her cabinet. 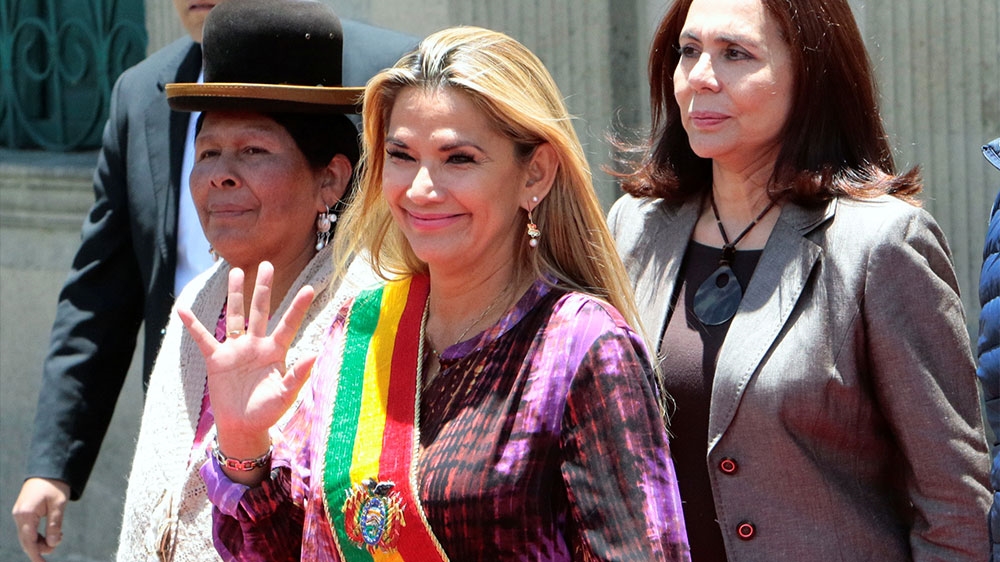 Bolivia's Congress on Saturday approved a bill that annuls the result of last month's vote and calls for new elections to be held without Morales.

"We are returning to normal after something so hard and so dramatic, but I think we are moving forward," interim leader Jeanine Anez told reporters on Monday. She signed the election bill into law on Sunday.

She also agreed to withdraw the military from areas where the unrest continued in a deal with indigenous and other opposition leaders. As part of that deal, the leaders agreed to call for an end to the protests, but according to local media some leaders were not aware the meeting took place.

Meanwhile, an Inter-American Commission on Human Rights visited Sacaba on Monday to interview witnesses of the violence that resulted in the deaths of nine farmers and coca growers on November 15.

The farmers were killed when Morales supporters, who tried to march from Sacaba to La Paz, clashed with security forces.

The commission visited El Alto, outside La Paz, on Sunday to interview witnesses of violence there that resulted in the deaths of at least nine people at the Senkata fuel plant. Protesters are acussed of trying to enter the plant by force. More than a dozen others have been killed acrossed Bolivia, according to the ombudsman's office.

Carlos Colquepatty's brother Joel was among those killed in Senkata.

"He was on his way to work when the army shot him", Colquepatty said, adding the bullet went straight through his 20-year-old brother's heart and lung.

"I ask that the army stops killing us,'' he told Al Jazeera. 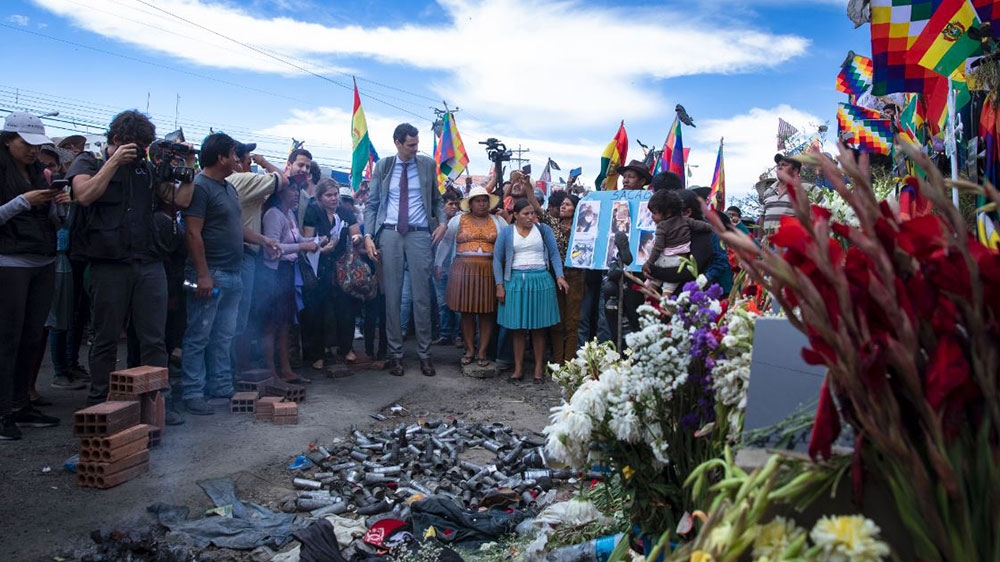 Residents in Sacaba call for justice as a rights commission visits to investigate the deaths of those killed during protests.

A forensic team performed Joel's autopsy under religious icons in chapel turned makeshift morgue in Senkata. Colquepatty and other families were unable to take the bodies to La Paz due to blockades.

Fenando Lopez, the country's interim defence minister, reportedly said "not one bullet" was fired by the country's armed forces during the incident in Senkata, but residents say they have evidence that their family members were killed by the army.

"Now they say we did it, that we killed each other,'' said 52-year-old Himelda Troncoz, a resident of Sipe Sipe, outside Sacaba, who joined the protests since Morales's resignation. "Look at me, I'm a housewife, not a terrorist,'' she added.

Protesters on Monday surrounded the commission as they arrived in Sacaba, demanding justice and calling for Anez to step down.

"We demand to know what happened, and our battle stands," said 29-year-old Andornico Rodriguez, a prominent leader of a coca farmers.

"Unity is essential in winning great battles,'' he told local media just hours before the commission arrived. "It's up to all of us to pacify our country." 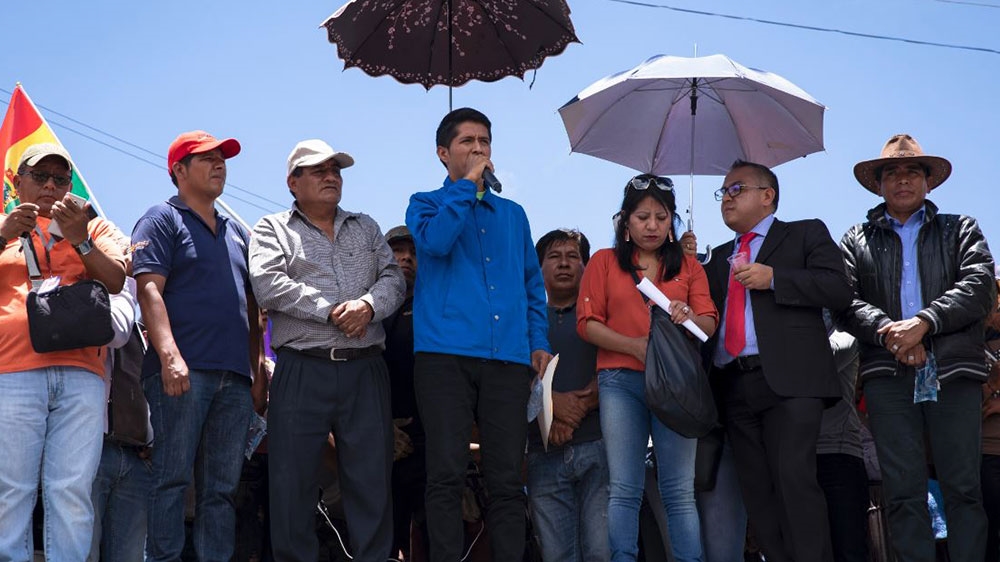 Andronico Rodriguez, a leader of coca growers, speaks in Sacaba