The cocaine was discovered in soy flour containers bound for Togo

Uruguay says it has seized a record haul of 6 tonnes of cocaine, calling it the biggest setback for traffickers in the country's history.

Naval and customs officers seized 4.4 tonnes of the drug in Montevideo port. It had been hidden in four soy flour containers destined for Lome, the capital of Togo.Another 1.5 tonnes was later found on a ranch, local reports said.

The drugs have an estimated total street value of about $1.3bn (£1bn).Uruguay is increasingly being used as a transit point to move drugs from Latin America to Africa and Europe.

The country's previous record haul was in November, when authorities uncovered a container with three tonnes of cocaine, also in Montevideo, bound for Cotonou in Benin via the Spanish island of Tenerife.

The 4.4 tonnes found recently came to light when scanners at Montevideo's port showed "anomalies" in the containers, officials said.

Suspicions had already been raised by the fact that the export firm had not transported much soya in the past, soya is not widely consumed in Africa and nearly a third of cocaine consumed in Europe is smuggled there via Africa, local media reported.

Navy spokesman Diego Perona told journalists that the first container was found to contain more than 3,000 "bricks" of cocaine each weighing 1.1kg (2.4lb). The containers were due to be loaded on to an Italian-registered ship, local media reported.

Uruguay's customs director Jaime Borgiani said the 4.4 tonnes of cocaine would be worth $1bn in the European market.

He said it was not known exactly where the cocaine had originated but that it was loaded on to trucks on Tuesday at a ranch in the south-western Soriano department, 290km (180 miles) from Montevideo.

The interior ministry said police raided the ranch and found more cocaine there, with Uruguay's El País newspaper reporting that a further 1.5 tonnes of the drug were seized. The ranch's owner and his son were arrested along with two workers.

The ministry posted a photo of some of the drugs on Twitter. 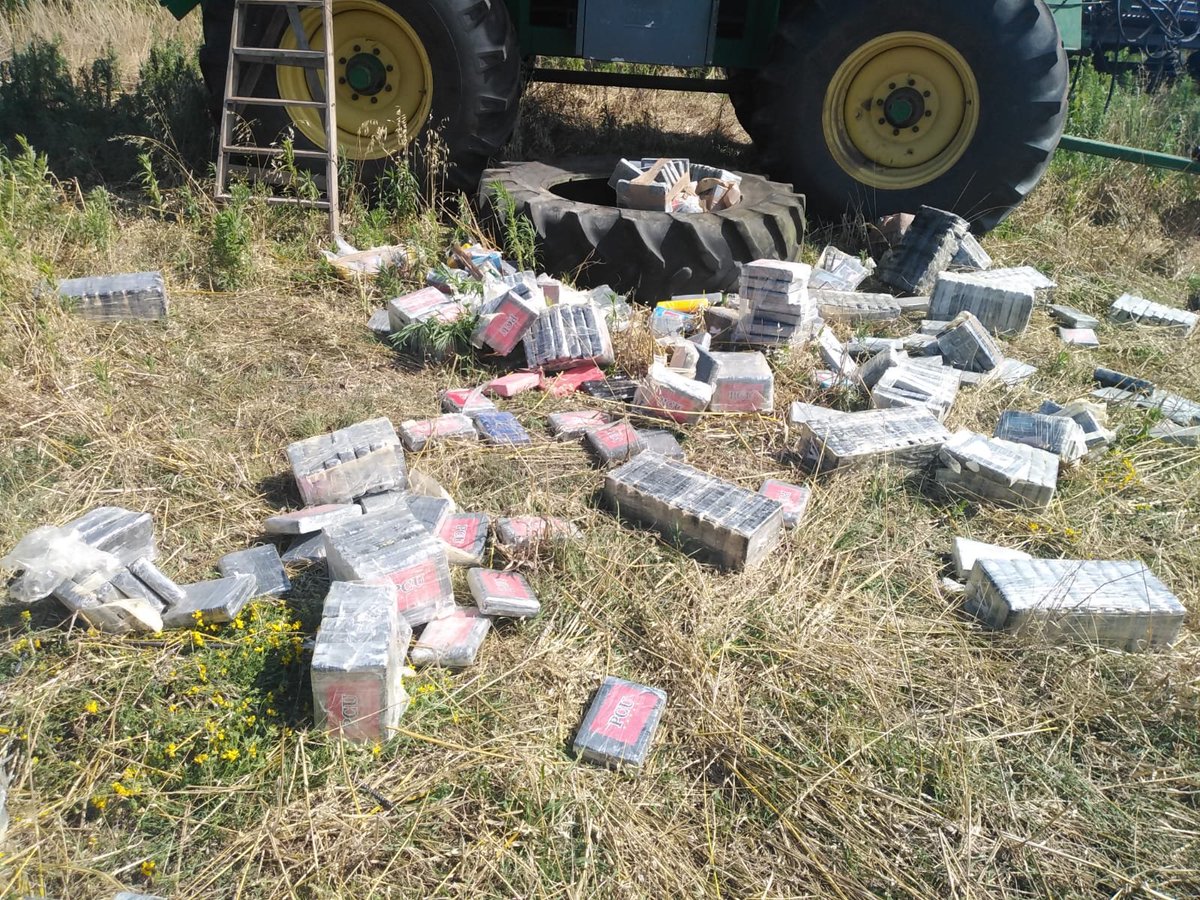 "The important thing is to show the world and drug traffickers that you don't mess around with Uruguayan customs," Mr Borgiani said. "We've taken the necessary steps to rid the country of this scourge."

A Year Of Major Drug Seizures

There has been a surge in the availability of cocaine due to a huge increase in global cultivation of the coca leaf plant, which is at its highest level for almost 20 years.

Issues such as the use of large shipping containers to transport cocaine were proving a major challenge, the European Monitoring Centre for Drugs and Drugs Addiction (EMCDDA) said.

In August customs officials in the German city of Hamburg found more than 4 tonnes of cocaine with a street value of about €1bn (1.1bn; £850m) during a routine check. The shipment was being transported from Montevideo in Uruguay to Belgium. It was listed as soya beans and the drugs were hidden in sports bags inside the shipping container

In June, Australian authorities seized the nation's largest ever haul of methamphetamine. The 1.6 tonnes of the drug, with an estimated street value of A$1.2bn (£660m; $840m), were found hidden inside stereo speakers in a shipment at a Melbourne port. The consignment had come from Thailand

In September nearly 1.3 tonnes of heroinwith a street value of £120m $155m wasfound concealed in towels and bathrobes on a container ship in the UK's largest-ever seizure of the drug.