Your investigative powers don’t cover me – Demelevo to EOCO The Auditor-General, Mr Daniel Demelevo, has said the Economic and Organised Crime Office (EOCO) does not have the mandate to investigate him or his office for the procurement of some vehicles for audit-related activities. 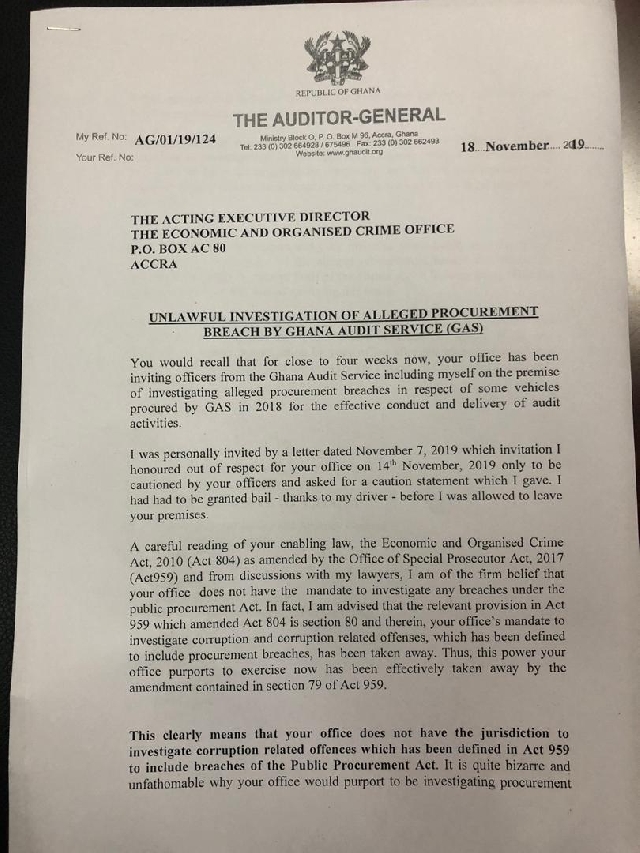 Mr Domelevo, however, denied all the allegations and described the petition as a “storm in a tea cup.”In a letter to EOCO dated 18 November 2019, Mr Domelevo said: “You would recall that for close to four weeks now, your office has been inviting officers from the Ghana Audit Service including myself on the premise of investigating alleged procurement breaches in respect of some vehicles procured by GAS in 2008 for effective conduct and delivery of audit activities.

“I was personally invited by a letter dated 7 November 2019, which invitation I honoured out of respect for your office on 14 November 2019 only to be cautioned by your officers and asked for a caution statement which I gave. I had had to be granted bail – thanks to my driver – before I was allowed to leave your premises. 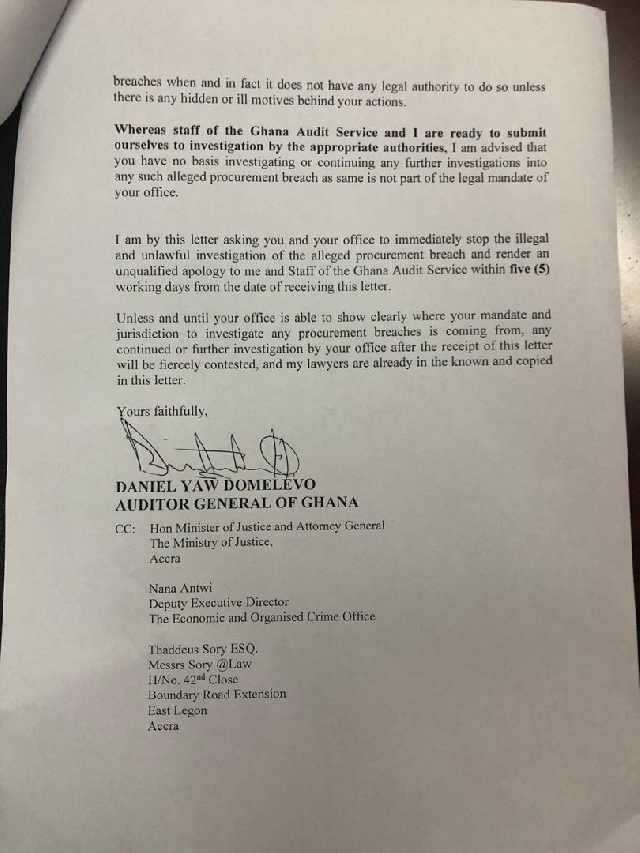 “A careful reading of your enabling law, the Economic and Organised Crime Act, 2010 (Act 804) as amended by the Office of the Special Prosecutor Act, 2017 (Act 959) and from discussions with my lawyers, I am of the firm belief that your office does not have the mandate to investigate any breaches under the Public Procurement Act.

“In fact, I am advised that the relevant provision in Act 959, which amended Act 804, is section 80, and therein, your office’s mandate to investigate corruption and corruption created offices, which has been defined to include procurement breaches, has been taken away.

“Thus, this power your offices purport to exercise now has been effectively taken away by the amendment contained in section 79 of Act 959.”

Mahama weeding "no big deal"; Akufo-Addo says we should be "citizens not spectators"...